Creativity for the Crafter 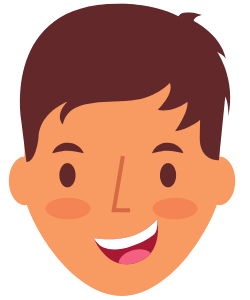 Crafting of any kind requires creativity. Knitters and crocheters need to come up with unique patterns for their scarves, hats, and other creations. If you're someone who creates ceramics as a hobby, you need to come up with fun shapes for your bowls and cool colors for the glaze. Sometimes, you might find that your creativity is lacking. You might need some inspiration and ideas. That's where this website comes in. Here, we offer fun and helpful information about various crafts and hobbies. As you read, you might pick up some new ideas for your designs, or you might decide to try a completely different crafting hobby.

Foam blocks can be used during summer camp learning activities that are conducted on dry land and in water. A series of blocks that feature letters, colors, numbers, and sight words can be used for classification and recognition tasks, relay races, and climbing competitions.

Solo and group classification and recognition games can be performed on a grassy surface or within the confines of a shallow pool. Foam is lightweight and buoyant. Blocks lack sharp edges and will not pose a danger if they become airborne.

Classification and recognition activities can involve placing a group of blocks in a basket and asking individual campers or team members to retrieve specific colors and stack them on top of each other or to select a block and sound out the word that is printed on it.

For water fun, blocks can be laid across one end of a shallow pool. Campers can line up and take turns entering the water. After directing each child to retrieve one of the blocks, they can be told to swim it across to the other side of the water feature.

Races that involve the use of blocks can include building or spelling contests. After giving two groups of campers the same allotment of blocks and blowing your whistle, the team members can race against one another, attempting to build a foam structure that is tall or that possesses a unique shape.

Spelling contests can be conducted with the aid of a board that contains slots. Foam blocks that contain printed letters on each side will be needed for this activity. Campers can take turns racing along a marked lane and placing foam blocks along the slotted board. Whichever team is able to spell the word that you have announced to them or is able to come up with the longest word will win the competition.

Climbing competitions can be conducted with the aid of jumbo-sized blocks. A series of blocks that contain water and stain-resistant vinyl covers will be necessary. A crash pad is an accessory that can be used in conjunction with foam blocks. The use of a pad may make each child more confident about climbing.

If a camper accidentally slips, they will land on a soft surface. A crash pad should contain a zippered outersheath that is waterproof. The pad can be laid next to the area where the climbing competition will take place. Plenty of jumbo blocks that are designed to withstand a considerable amount of weight will be necessary for each climbing session.

If you need children's soft play big blocks, contact a supplier in your area.